The COMBINE project continues from 2016 with REDIRECT

The COMBINE Project was a pan-European investigation into the feasibility of turning biomass material, particularly that of low nutrient or waste value into fuels.  Materials such as soft rush, gorse, bracken, grass and roadside verge material was cut, stored and then solids processed into fuel briquettes and liquids to anaerobic digestion.

Cwm Harry joined later in the program to become one of the Wales partners, to support the objectives of the project, alongside the lead Severn Wye Energy Agency and National Trust.

COMBINE is based on the IFBB technology. IFBB stands for integrated generation of solid fuel and biogas from biomass and was developed at the University of Kassel in the early 2000s. It was tested on laboratory scale up to the year 2008 and successfully up-scaled (to 1:20) between 2009 and 2012 in the forerunner project PROGRASS.

In COMBINE the technology will be combined with a strategic and participatory regional development approach that will be implemented in four diverse NWE regions to trigger large-scale investments in decentralised bioenergy production.  Major strategic innovations allow COMBINE to contribute to the development of an environmental-friendly biofuel production.

(Links will open PDF’s in your browser window.  To download, right click on the image above and select “Save Link As”)

The Welsh Partners, and hosted by National Trust Farm; Hafod y Llan, successfully demonstrated a small version of the IFBB process in the mobile unit Blue Conrad.  Blue Conrad features a screw press and mash stage, briquetting and anaerobic digestion.  It takes in biomass material which has been stored in silage bales to produce a range of outcomes.  Many farmers and officials visited the site and enjoyed the demonstration.

The mobile processing unit was based in Wales during November 2013.  Demonstrated on National Trust land who are keen to turn soft rush, gorse and bracken crops into viable biomass fuels. 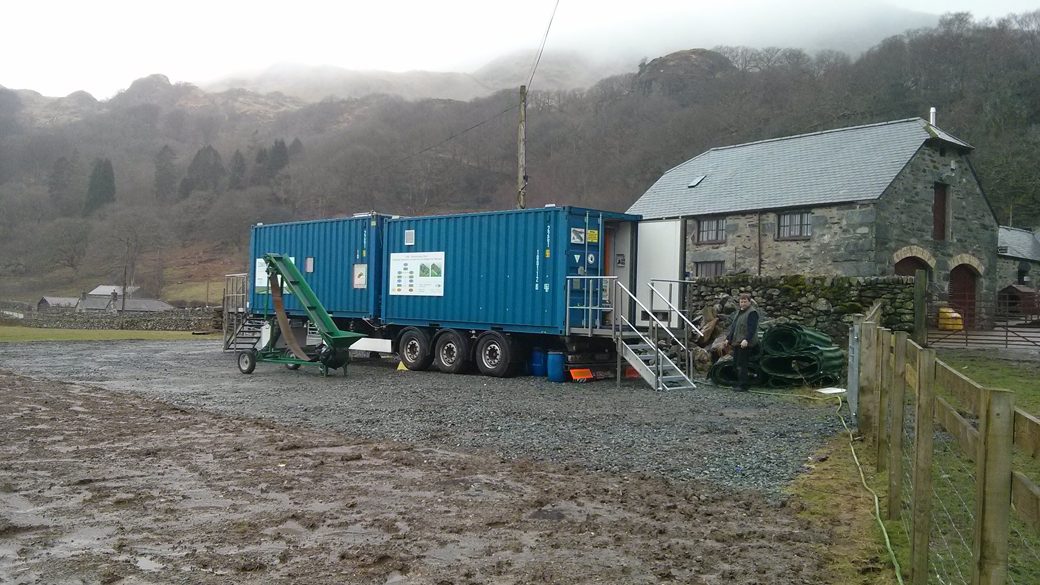